As we head into the Labor Day holiday, we pause and look at the impact of the American worker. Appearing at the end of the 19th century, laborers have spent the first Monday in September enjoying a well-earned day of rest. Productivity has steadily increased since the Bureau of Labor Statistics first started measuring the data in the 1950’s. Manufacturing has been returning to the United States over the last few years, and minimum wages have been increasing around the country to help low-income workers earn a better salary. Add a reasonable 4.9% unemployment rate to the mix, and the job picture in the United States is a rosy one. Our highly skilled and well-educated labor force plays into those impressive statistics. Labor and literacy have a special bond, especially as our economy hums forward in the Digital Age.

The world is moved along, not only by the mighty shoves of its heroes, but also by the aggregate of tiny pushes of each honest worker. -Helen Keller

Entering a workforce that increasingly uses data and technology can intimidate those with lower levels of literacy. Barriers workers have to scale to find a job start with reading the application. According to the Employment Policy Institute’s (EPI) 2010 data, over 27 million Americans do not have the reading skills needed to fill out an application. Computerized applications create another barrier to getting a job. Almost two-thirds of people at the two lowest levels of literacy are not familiar enough with a computer to input the necessary data.

The barriers are not just in the reading and comprehension of the application. The National Commission on Writing published a study titled “Writing: A Ticket to Work or a Ticket Out…”. Employers indicated that writing a weak resume or errors on an application was an instant rejection for many jobs. The study suggested that the stable, salaried jobs went to workers that proved they could read and write well. Hourly jobs required less reading and writing and went to lower-skilled employees. They are also much less stable. The unemployment rate for those with lower reading skills can be twice as high as those who can read.

When a job does open up for someone with below average literacy, they begin to experience other setbacks. They earn weekly than their better-educated peers. According to the 2002 “National Center for Education Statistics: Adult Literacy in America” report, workers at the lowest levels of literacy make $110 less per week than even average readers, and up to $450 less per week than the highest performing readers. They are employed less during the year, working only nineteen weeks.

The low wages reflect their inability to scale the corporate ladder to better paying managerial jobs. Jobs that require more reading, writing, and reporting than a minimum wage, minimum skill job. With the push for a higher minimum wage, employers will hire the candidates with the highest skills, driving some of those jobs further out of reach. Many occupations we consider to be low skilled require the ability to work a computer or read data. We have to prepare a workforce for the challenges of the increasingly knowledge-based economy.

The unemployment rate for those with lower reading skills can be twice as high as those who can read.

Kids Read Now has been celebrating the labor our students put in this summer to improve their reading skills. Investments we are making in their education now will pay off for them while they are in school.  Those same advantages will continue when they leave it to go into the workplace. Students that build their reading skills are laying the foundations to improve their future. Spend a little time on Labor Day relaxing with friends and family after all the work you have done for the year, put aside some time start that book you have wanted to read. You might find a child wants to sit down and read with you. 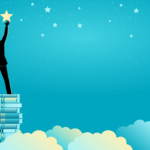 Reading to Reach the Stars 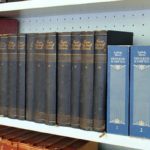 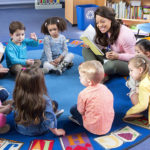 Progression and Milestones in Reading 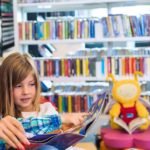 Build Your own Home Library 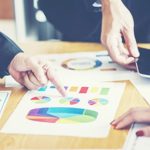