As an adult, when you hear about fables, you very often can point to a clear lesson you once learned from one. You may even find yourself repeating the lesson–or moral–like a mantra to yourself as you go about your day.

Slow and steady wins the race.

One good turn deserves another.

Birds of a feather flock together.

It’s not surprising that the lessons we receive from reading fables stay with us. Aesop’s fables have been passed down since well before the 1600s when they became widely distributed in print after the invention of the printing press. Before that, they were part of a rich tradition of oral storytelling. They were spoken from one generation to another, dating back to ancient Greece sometime between 620 and 560 B.C. Aesop, a slave and a storyteller, was credited with some the fables that stay with us culturally even today.

Not all fables we know and retell today were told initially by Aesop himself. That’s the beauty of the fable. They take a lot of twists and turns along the way as they are passed down, becoming more relatable. The stories change along the way but gaining power as they evolve.

If the presence of the lessons from fables likely to be sticking out to you right now as a reminder of your relationship with fables isn’t enough to convince you that these simple, yet often repeated stories have a profound staying power, you can also turn to the numbers as proof.

Aesop’s fables have been in circulation–orally included–for more more than 2,000 years. A search for Aesop’s Fables on Amazon.com still yields more than 7,400 results.

Fables have always held a special place in the young reader’s journey, though that is not how they initially began. Fables originally formed to begin discussions about philosophy or politics. Around the time of the Renaissance, they helped children make sense of the world around them, particularly what they are learning about morality and values. The tales emerged at a time in their lives when the decisions about what choices are right and wrong are often not yet as clear.

What can we learn about morality from intriguing stories about lions, rabbits, mice or tortoises, for example, that may get lost from a seemingly boring lecture or lesson on morality from one’s elders?

It turns out a lot.

Beyond the simplified lesson on morality that children can easily decipher for themselves from a fable, they are also learning a variety of other lessons and skills just from consuming the story. They may have been told the story orally, shown visually or read for themselves.

Because they are so simple, fables can be morphed or changed slightly to fit the audience. They can be told aloud, acted out or presented on paper, making them easily to deliver to a variety of audiences with different learning styles.

The stories themselves, also can be changed, making them more relatable by substituting different characters, settings or plot points, while keeping the base moral the same, so the lessons are absorbed more quickly.

The wisdom of the wise and the experience of the ages is preserved into perpetuity by a nation’s proverbs, fables, folk sayings and quotations. -William Feather

Through reading, hearing or watching them, children gain a sense of understanding about the world around them. They become more aware of human nature and feelings. They see the process that goes into decision making and the consequences that come as results of those decisions.

Meanwhile, children also become better storytellers themselves, preparing themselves to become better readers of more complex stories. Stories turn them into better writers themselves because they’ve learned the basics of storytelling from the most basic of stories. They can begin to understand the basics of plot, an appreciation for character development and a greater proficiency in wrapping it all up with a clear conclusion that makes the audience think.

Reading fables has quite a bit more to teach us than a quick lesson about how to outsmart a fox. These endearing stories have taught us a lot in the thousands of years they’ve been a part of our cultural traditions. We continue to learn more the longer we study them. But their presence begs the question: what else do they have to teach us in the millennia to come? Perhaps it is best not to judge them on moral alone.

Not everything you see is what it appears to be. 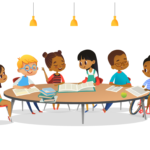 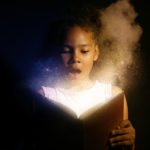 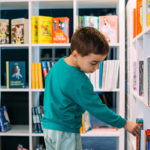